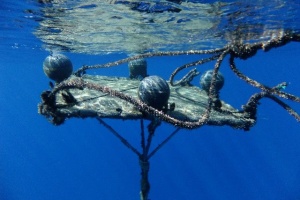 Seychelles brought the proposals to the commission’s 23rd annual meeting held in Hyderabad, India, from June 17-21. The proposal is aimed at enforcing Resolution 18/08 to mitigate the ecological impact associated with drifting FADs, especially concerning marine pollution and damage to coral reefs.

FADs are floating objects designed to attract pelagic fish such as tuna.

“According to the resolution, vessels were not allowed to have more than 350 deployed and active FADs but some vessels chose to deploy their FADs and then switch off their transmission signals,” said Vincent Lucas, the chief fisheries officer at the Seychelles Fisheries Authority (SFA).

Under the new Resolution 19/02, the maximum number of FADs deployed at any one time has been reduced to 300, with the total number which a vessel can acquire for one year set at 500.

During the meeting last month, Seychelles proposed three more amendments to existing IOTC resolutions, which were also approved by members.

Lucas explained that Seychelles had “observed certain loopholes in some of the resolutions which we felt could be tightened through our proposed amendments.”

IOTC members voted in favour of another amendment tabled by Seychelles relating to the chartering of vessels where the island nation sought to ensure that chartering is not used as a temporary transfer mechanism to increase the fishing capacity of a vessel.

He added that owners of vessels were using the resolution in a way that undermined other existing resolutions such as the yellowfin tuna quota.

Talma said that “some of the vessels that fish in Seychelles waters were looking to charter their vessels in Madagascar because Madagascar did not have a quota hence, they could have fished an exceeding amount of yellowfin.”

He said this defeats the resolution adopted in 2017 aimed at rebuilding the Indian Ocean yellowfin tuna stock.

Following the amendment, vessels are allowed to discard species which may contain toxins or high level of at sea.

Seychelles, an archipelago in the western Indian Ocean, also proposed an amendment to strengthen Resolution 15/04 concerning the IOTC record of vessel authorised to operate in the Commission’s area of competence.

The new amendment introduced a measure aimed at giving clarity to the mandatory information that needs to be submitted to the IOTC secretariat. It also ensures that vessels of less than 100 gross tonnages, of at least 12 metres in length and eligible for International Maritime Organisation (IMO) registration, do so.

As vessels will be identified by their IMO number it will be easier to monitor, control and ensure surveillance especially with regard to illegal, unreported and unreported (IUU) fishing and transfer of ownership.