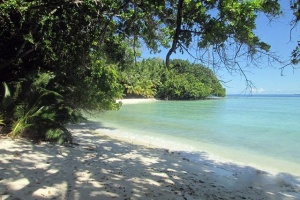 Chagossians were forcibly evicted from the Chagos archipelago in 1960 when the UK leased the main island, Diego Garcia, to the United States to use as a military base. (Pierre Prosper)

(Seychelles News Agency) - The Chagossian communities have met with another hurdle in their fight to return to their islands as the United Kingdom’ Divisional Court rejected their request for judicial review.

The Chagossians said they are going to seek permission to appeal the High Court judgment handed down on Friday, which dismissed their claims against the UK government.

The claimants in this case, Solange Hoareau from Seychelles and Louis Olivier Bancoult from Mauritius, argued that a decision taken by the UK Government in November 2016, not to support the resettlement of the Chagossians, “was unlawful and asked the High Court to quash it in two consolidated judicial reviews.”

The Right Honourable Lord Justice Singh and The Honourable Justice Carr said in their ruling: “The [claimants] submit that this case ... concerns an interference with fundamental human rights at common law. Accordingly, they submit that the way in which the standard of irrationality is applied in the human rights context is as described in Ex p. Smith. We do not accept those submissions.  We do not consider that the present case concerns fundamental rights at common law…This is not a case where fundamental rights are affected...  This is because this Court has to proceed on the basis that the legal rights which existed previously have been extinguished at least by the 2004 Orders.”

The Chagossians are working on an appeal and legal teams from both island nations are expected to meet next week. The British government carried out a review of their policy on resettlement of the Chagos Islands between 2012 – 2016 to investigate the feasibility of resettlement and concluded, contrary to earlier assumptions, that resettlement was feasible. A consultation with islanders found that 98 percent of them wanted to move homeland.

However, on November 16, 2016, the UK Government announced that it would not support the resettlement of Chagossians and would instead allocate £40 million British towards a 10-year support package to improve the lives of Chagossians in their current communities. The current legislation prohibiting the Chagossians from enjoying any right of abode in the BIOT remains in effect.

The islanders challenged their deportation and the prohibition of return (since 2004 for reasons of national security) on the archipelago. The Seychelles also contended that they had not been consulted in 2016 when the British government was discussing granting a £40 million "Support Package".

The leader of the Chagos Refugee Group, Olivier Bancoult, said he “is distressed by the fact that the court seems to side with the government while "the human rights of Chagossians are violated."

“For years, we have fought tirelessly to be able to return home to our Islands and we will continue to do so. We have been dealt a devastating blow today but we will fight on to try to hold the UK Government to account for their shameful actions,” said Hoareau.

Pierre Prosper, the chair of the Seychelles Chagossians Committee reiterated, “we will appeal. We believe we have strong ground for appeal. We urge the British Government to see us as people. We deserve justice. We deserve respect.”

Fifty years ago Britain separated the Chagos Islands from its colony Mauritius, expelling the entire population to make way for the installation of a US military base that is today highly strategic. Around 2,000 Chagossians were forcibly evicted from the Chagos archipelago in the central Indian Ocean in 1960 after the UK leased the main island, Diego Garcia, to the United States. More than 200 were deported to Mahe, the main island of Seychelles, between 1967 and 1973, when the country was still a British colony.