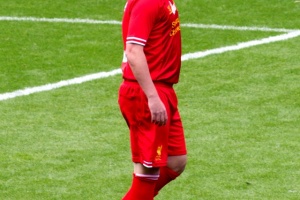 Fowler is best remembered for his time at Liverpool and as the sixth-highest goal scorer in the history of the Premier League. (Steve Boulton - Flickr) Photo License: CC BY 2.0

(Seychelles News Agency) - British football legend Robbie Fowler will be in Seychelles on a three-day visit in December to meet fans as part of a promotional campaign by Barclays Bank.

In a press statement on Wednesday, the Bank said that the visit of Fowler is part of Barclays Seychelles Premier League card campaign. Customers who swipe their cards a minimum of five times per month stand a chance of winning the experience of watching a match of England’s top football division -- the Premier League.

The campaign which started beginning of November will include a two-day event at a special Clubhouse on Eden Plaza on the weekend December 8 and 9. On Sunday, December 9 at 10 a.m. to 1 p.m. Fowler will be meeting fans of all ages and giving away autographs.

Fowler is an English former professional footballer and manager who played as a striker from 1993 to 2012. He is best remembered for his time at Liverpool and as the sixth-highest goal scorer in the history of the Premier League.

The managing director of Barclays Bank Seychelles, Johan Van Schalkwyk, said, “We are extremely excited to be bringing a football legend like Robbie Fowler to Seychelles. Football brings together people from all walks of life and the Seychellois people are no exception.”

The Premier League is a popular football competition among fans from Seychelles, an archipelago in the western Indian Ocean.

Van Schalkwyk said, “It is common knowledge that the sport captivates this small nation and fosters a sense of unity by driving passion for the popular game that speaks to people of all ages. We have no doubt that football fans will be enthralled by Robbie Fowler’s visit.”

He added that the Premier League campaign is familiar to the bank’s customers “but this will be the first time we are taking it to the next level and bringing a football star to Seychelles, and this really reflects the dynamism of our parent company, Absa Group’s approach to community and unifying passions like football.”

As part of his three-day visit, Fowler will also be interacting with a number of local football teams and officials from the Seychelles Football Federation.

Speaking to SNA on Thursday, the secretary general of the Seychelles Football Federation, George Bibi, said, “We are happy when we have legends visiting Seychelles as they can meet with our youth teams and have a pep talk that can inspire our young players.”

Bibi added that young players can learn more about what it takes to become a good football player.

“When we see a legend that we only watch on television in person and can interact with him will be an interesting experience for the young players,” Bibi added.

Customers who wish to stand a chance of winning in the campaign have to swipe their Barclays credit or debit card a minimum of five times per month to earn entry into Barclays’ random draw. The campaign closes March 10, 2019.

The prize includes a return flight to the UK, three nights’ accommodation, a welcome dinner with a Legend, a Premier League match ticket, touring of a stadium among others.