Large hotel construction in Seychelles on hold, except for these 18 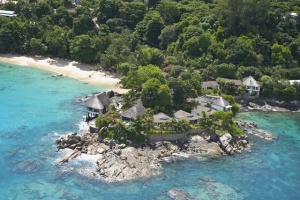 Maurice Loustau-Lalanne, the minister for Tourism, Civil Aviation, Port and Marine, said the plans had been approved before the introduction of the ban. (Gerard Larose, Seychelles Tourism Board)

(Seychelles News Agency) - Plans for the construction of 18 tourism establishments are excluded from the moratorium on large hotels in Seychelles, a top official of the ministry of tourism said.

In a meeting with the media last week, Maurice Loustau-Lalanne, the minister for Tourism, Civil Aviation, Port and Marine, said the plans had been approved before the introduction of the ban.

The moratorium on large hotel projects except those already approved by the government was announced by the Seychelles’ former President James Michel during the Independence Day celebrations on June 29, 2015.

In his State of the Nation’s Address in February, Seychelles’ President Danny Faure said that the government has decided to prolong the moratorium until the end of 2020 and defined big hotels as those having 25 rooms or more.

“This moratorium does not include small establishments of 15 rooms or less.  This category -- small hotels, is reserved for Seychellois and remains open,” Faure had said.

A moratorium is a period of time when there is a suspension of a specific activity until future events warrant a removal of the suspension, or issues regarding the activity have been resolved.

Loustau-Lalanne said the government "introduced the momentary freeze to ensure that there are appropriate measures and control on the amount of hotels being built.”

Tourism remains the top contributor to the economy of Seychelles, a group of 115 islands in the western Indian Ocean. In the figures released by the National Bureau of Statistics (NBS) in January, over 304,000 visitors came to Seychelles last year, compared with 275,000 in 2015.

With the addition of the new hotels, an additional of 4,000 rooms will be available in the island nation to accommodate holidaymakers.

“As a responsible government, we have given our full commitment to the promoters and investors of these hotels to carry on with their projects,” Loustau-Lalanne said.

He added that “it has taken us quite a while to come out with the list of approved hotels as we had to work with different government bodies such as the environment department and local planning authority.”

Twelve out of the 18 hotels are being built on Mahe, the main island, and two are on Praslin, the second-most populated island. The rest will be on Silhouette, Long Island, Ste. Anne and Platte Island – all part of the inner group of Seychelles.

Loustau-Lalanne said the Anse Lazio on Praslin development project has just been added on the list.

“This is because the court has just ruled in favour of the promoter, which filed a court case against the government after the application for his project was rejected,” said Loustau-Lalanne.

The case was filed before the moratorium came into force said Loustau-Lalanne.

The minister for tourism said that the moratorium does not apply to the expansion of hotels and that “promoters have to restrict the development within their property if they want to expand, but they have to go through the same procedures as of building a new hotel.”

According to statistics from the tourism ministry, there are 541 tourism establishments in operation and account for 5,849 rooms.